As nights at the office go – it wasn’t my best, wasn’t my worst, but it WAS one of the most draining!

The racing all night was so hard, we were jostling on every corner, and then you need eyes in the back of your head for the pair of reverse grid races.

But even that wouldn’t have helped in the second race last night!

In the end, we scored three podium placings, and we continue to hold a handy 83 point lead in the eSeries championship, after four rounds of the All-Star title fight.

So the good news first.

We posted a third in the opening race at Canada’s Circuit Gilles Villeneuve, and a second and third in the two races at Watkins Glen in New York state.

The racing was fierce as I said – race one I had to, unfortunately, redress on the final lap after passing SVG with a bump and run. Anton was smart enough to sneak through which left me third. It was a 50-50 move, but I liked the speed in which Craig Baird told me to allow Shane past – it allowed us to race to the flag for actual positions.

At the Glen we had a ripper battle with Cam Waters – he tried at least a couple of times to fence me – but we were able to stay in front of his Mustang.

Hopefully, you’ve all been able to see the substantial improvements across the board over the first four rounds up and down the grid – I think it’s really showing in the quality of the competition. For the most part.

Which leads me to the bad news.

The reverse grid race at Montreal was as bonkers as anything I’ve ever seen in my time in racing – real OR virtual! I hit about seven cars by turn two – the start was a complete cluster.

Unfortunately, some of the guys at the front just aren’t qualified and we saw the results which really ruined the race for probably half the field. Some still are ether miles off being competitive, or still aren’t taking it seriously = which is a decent bugbear of mine.

I admire someone like JW – who acknowledged he was not much good at sim racing and was well off the pace in the opening event. But he’s such a competitive bugger – look at how hard he’s worked at improving, and then you see the results with his reverse grid race win last night. There’s a reason he’s won seven titles.

Next up we go to Spa & the Nurburgring and I’m hearing some cool things about potential wildcards joining us!

This weekend is now about the holy grail – running at Indianapolis in the final round of the IndyCar eSeries. It’s exciting just thinking about it to be honest.

I’ve been to the 500 twice before as a race fan – and I’ve actually won a 500 in iRacing a few years ago – so I think we can have a crack on Sunday with some degree of confidence.

After a hard fought fourth last week at the Circuit of the Americas in Austin, we are 14 points behind my Team Penske teammates Will Power and Simon Pagenaud in the Championship.

To be fair, I think they will be the men to catch at Indy (they have won the past two Indy 500s after all…) so I’m not too confident of winning the title. But we’ll have one hell of a crack!

It might be as close to Indianapolis as I get for a while which is unfortunate with everything that has happened across the globe this year. It’s a pain but while travel bans are in place the dream is on hold for the moment.

I will say my Pirtek car looks a treat for Sunday – it’s cool to be playing a part with Marcos Ambrose last night and Brad Keselowski in this weekend’s NASCAR race to be helping celebrate the brand’s 40th year anniversary.

Hope you’re enjoying the virtual racing, and hopefully, it’s not too long before we’re back doing the real thing. 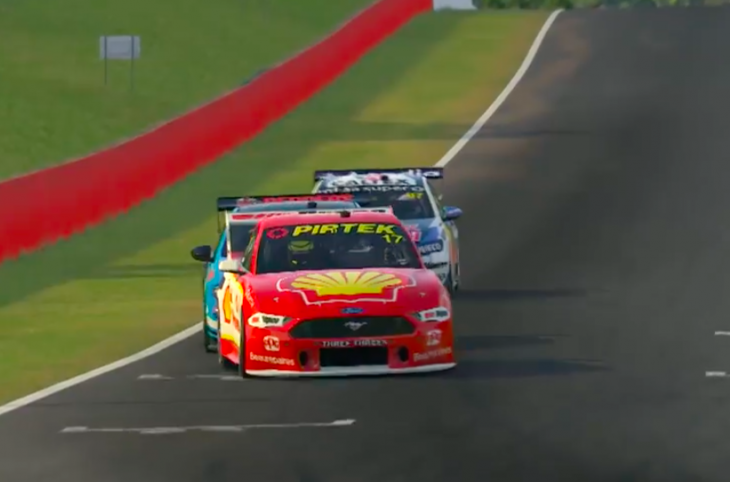 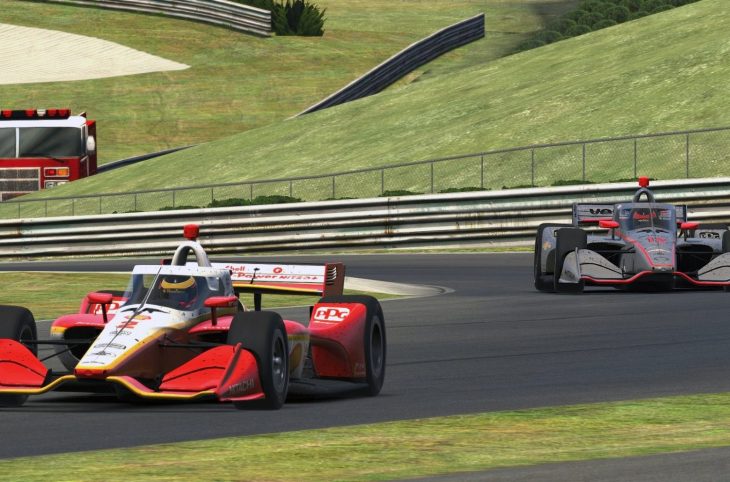